WHAT AN AMAZING EPISODE!
Things start off insane with Ahsoka Tano played by Rosario Dawson, wielding her white lightsaber blades on Corvus. Dave Filoni directed this and he did an amazing job.
As we see the barren forest land of Corvus, we spot a major Easter egg, which is the Owl, Morai. Morai is the daughter. For those who haven’t watched the clone wars, then you’ll want to watch my video I made on her (hugets.info/show/tnSSmJ2utIuF1qQ/vide.html) which explains everything about her and Mortis.
Ahsoka shows up and fights Mando, which ends quick after Mando tells her he was sent by Bo Katan.
As she looks at Baby Yoda, our episode really begins.
Ahsoka and Baby Yoda talk over the moonlight, where she reveals his name is Grogu. She says they can feel each other’s thoughts.
He was raised at the Jedi temple on coruscant. Many masters trained him over the years. At the end of the clone wars, he was hidden. Someone took him from the temple, then his memory becomes dark.
He was lost and alone. So someone has taken his memory. I think there are three people here who could have taken him. One being Mace Windu. Perhaps Mace went directly to the Temple after he fell, and collected Grogu.
Or it was Palpatine, who had taken him and that’s why his memory is dark, because maybe he tried to wipe his mind of things, vital things that had to do with the experiments done on Grogu.
Or, Jocastu Nu took him, the librarian. Now, she could have taken him, and when she died months after revenge of the Sith, to Vader, which I’ve covered in a video from the marvel comic, I’ll also link below for you, Grogu was on his own and he had to suppress his powers heavily in order to survive. Like Obi-Wan and Yoda did, so that the empire will not find him.
The next day Ahsoka trains Grogu, or at least tries. She failed to get Grogu to summon the stone, where Mando tries to get him to summon the knob of the ship’s shifter. It works and Grogu takes the knob with the force. Ahsoka realizes they have a strong bond, and says she can’t train him, for his attachment to Din is too strong. The entire tone of the episode changes when she tells him she’s seen what attachments do to a fully trained Jedi Knight, she is referring to Anakin Skywalker here, who turned to the dark side due to his attachment to Padme and trying to saver her from dying in child birth, which I would argue, was just a dream put into his head by Palpatine. Din makes a deal with her, that she promises to train the child if he helps her defeat the village who hired him to kill her.
Ahsoka and Din Djarin take out the town.
Facing the magistrate, she toys with her and disarms her, and demands to know where Grand Admiral Thrawn is.
Thrawn is out there.
Anyhow, the village is freed, and Mando goes to fetch Grogu to give him up to Ahsoka so he can be trained. Meeting him back at his ship, Ahsoka tells Din that she cannot train Grogu. The attachment he has to Din is far too strong. Mando tells him that a deal is a deal, and she alters the deal, but tells him of another way, she tells him to go to Tython, there he will find the ancient ruins of a temple that is strong in the force, place him atop the mountain on the seeing stone, so that Grogu may choose his path. If he reaches out in the force, a Jedi will sense his presence and come looking for him. In my opinion, this Jedi, is Luke Skywalker. I think what will happen is that Luke, who is getting ready to start building his new temple of Jedi students, will feel Grogu and will reach back out to him, to which the connection will be broken by the interference and arrival of Moff Gideon, who has tracked Mando to Tython and unleashes the dark troopers upon him and Grogu. I believe he’ll then kidnap Grogu to kill him for his blood, where Luke Skywalker will come into the scene somehow to help Din get back the child.
I think this will all lead to Luke Skywalker who will train Grogu, but not before Moff Gideon takes him from The Mandalorian! 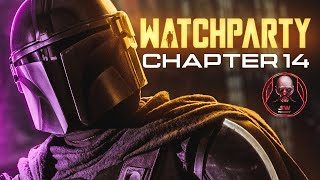 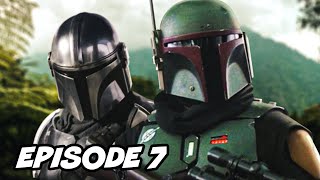 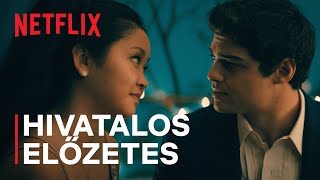 VADER EPISODE 1: SHARDS OF THE PAST - A STAR WARS THEORY FAN-FILM

Fans React to The Mandalorian Chapter 16: "The Rescue"

The guys who turned minimalism into a religion

Lamar Roasts Franklin in Real Life: Behind the Scenes